In May of 2015, Coney’s Cones brought the fresh taste of Italy to Luna Park with the introduction of 21 flavors of artisanal gelato, hand crafted, using the most state-of-the-art techniques, and established by world-renowned expert, Daniele Dal Sasso.

“We are proud to offer the most authentic Italian gelato made from the freshest ingredients, using the most technologically advanced equipment, manufactured in Italy,” said Brian Williams, founding General Manager of CAI Foods, which operates all food locations in Luna Park in Coney Island and Place to Beach. Williams said, “We can’t think of a better and more delicious way to add the already amazing food at Luna Park.”

In 2017, Coney’s Cones brought in Corrado Macchioni to take the Coney Island favorite and it’s flavors to the next level. Born and raised in Modena, Italy, Macchioni began working behind the counter of his family’s Gelateria as a young boy during their busy summer seasons. After high school, and serving in the military, Macchioni’s father, Giancarlo began sharing his secrets for making the most delicious Gelato and Semifreddo around. Established in 1971, Macchioni’s father’s Gelateria is now run by his brother and serves about 48 different flavors of gelato and sorbet, Italian ice, crepes, and Belgian waffles, as well as gelato and semifreddo cakes for any occasions. Just like at Coney’s Cones, everything is made from scratch everyday. 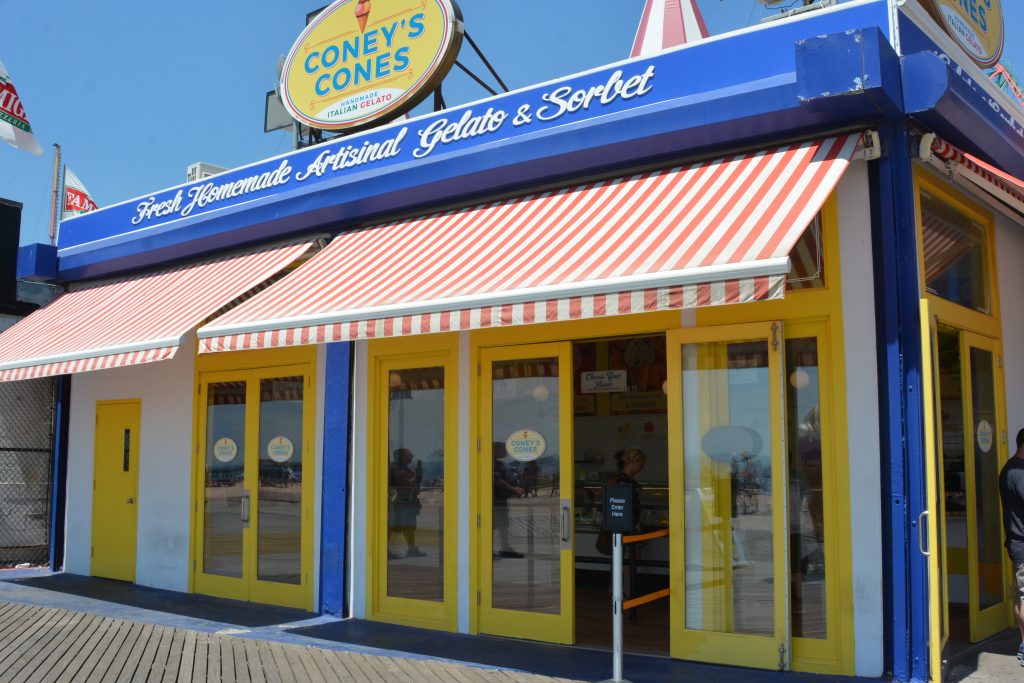